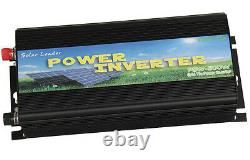 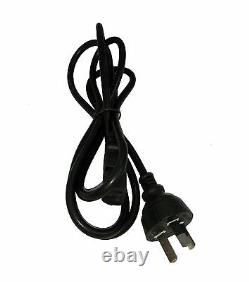 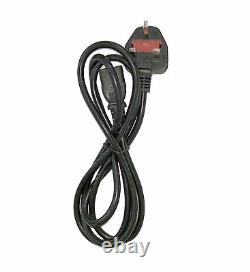 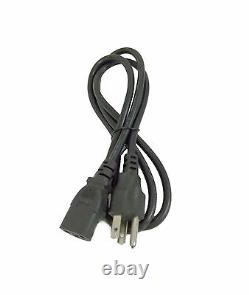 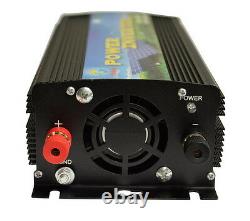 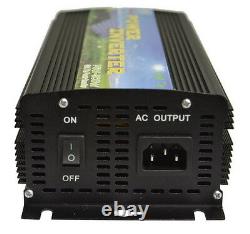 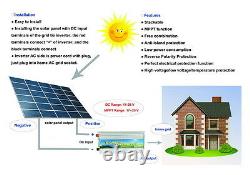 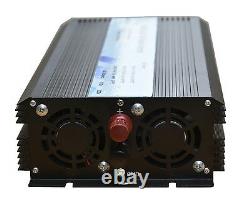 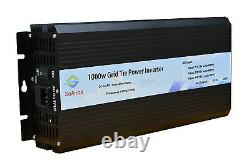 The grid tie power inverter can obtain the solar energy from solar panels, and can tie to the grid through its output cable without extra equipment. The installation is very convenient and reliable. This smart grid tie inverter can connect with mono silicon, polygon silicon, non-crystal film that can transform solar energy to home grid. The power of grid tie solar panels, it can be standardization according to the actual using. The inverter can be connected to any home AC outlet, when this line runs by the conventional electric network. This grid tie inverter monitors the volume, frequency and phase of the home grid, then produce a pure sine wave that the frequency and phase are as same as the grids, and the volume is a bit higher than the grids, then according to the current controlled PWM, to control the output power to the grid. The inverter just outputs power when the home grid is on. In the day time, solar panels will produces DC voltage, and thus inverter will change the DC voltage to AC voltage and outputs power to home grid system. During the night, inverter will be standby mode and led light will be red, and inverter will back to work in the day time when inverter detects the input voltage is up to working voltage. When the total power of electric apparatus that are using in the house is larger than the output power of the inverters, these power from the inverters will be consumed in the house, this will slow down the power meter, otherwise, the difference of the output power of the inverter between the total used power of the apparatus will go out from the house to the out grid. There are many advantages of grid tie inverter compare with the traditional grid tie system. Low cost and easy installation this inverter can make full use of all types of buildings/houses surface that face to the sun in the city as well as fast and easy installation of solar models and grid tie inverter.

Its very low maintenance costs. Free combination this inverter can be used as a separate grid tie system and can be setup as a large solar array with many of them (stackable).

The quantity of the inverter in the array is just according to your demands. If you are planning to install a grid tie PV system, in a general way, the solar array and inverter need to be carefully matched to ensure that the inverters on load voltage and power limits are not exceeded. When you want to increase more solar panels, and if the total power of the solar panels exceeds the allocation grid tie inverter, it is necessary to add more grid tie inverters. Combination of grid tie inverters will not interact The traditional solar grid tie system, they offer units ranging in high power output and these units are modular so you can have multiple units operating in parallel for large solar arrays.

But this inverter has no such disadvantage. Because every inverter has MPPT function, so every panel is working at the maximum power, this will increase the efficiency of the entire system. Low power consumption most of the parts in the grid tie inverter are digital ICs and low power MCU, so the power consumption of it is low, though the quantity of grid tie inverters is increased, but this will not increase the power consumption of the entire system. The individual system of the inverter is shown in Figure 1. Installing the solar panel with DC input terminals of the grid tie inverter, and inverter AC side is power cord with plug, just plug into home AC grid socket. Connect solar panels with inverters DC terminals, inverter AC side connect to home AC grid source, then turn on inverter to start work. Please connect with correct home Ac source, if inverter is AC 180v-260v, then must connect with home AC 280v-260v outlets, inverter will not work for wrong voltage. The LED indicator will start to light when the grid and DC supply is detected. This indicates the inverter is operating under normal condition. The rate of the cycling is according to how much power is being input from the solar panels. The more input power, the led light will flash fast.

This item can be shipped to United States.